Once Upon a Time -- Games People Play 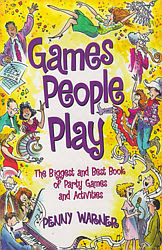 Once upon a time I had a Boss Brilliant. A brilliant person and I really learned a lot from him. He was known far and wide for his people skills, his ability to work with difficult people and resolve conflicts. One day I sent an email to my co-workers at our office and apparently I came across as bossy. I was fully in my realm of authority to send the email, I had cleared it with Boss Brilliant (BB) and I was merely communicating a decision BB had made to everyone else.
Well, the tone of the email didn't sit right with one of my co-workers and he reacted. He responded by sending an email tirade to the boss about my dictatorial attitude.
What did BB do? My wonderful BB, acclaimed for his people skills and conflict resolution abilities? He forwarded the tirade to me and left on vacation.
He had to come in on his first vacation day to resolve the conflict between me and my co-worker.
All of a sudden I realized:
1. How did I know that my co-workers required someone of such exceptional skill to lead them? How did I know how very dysfunctional they were?
BB had informed me on the first day of the job.
2. Who was able to step in as the hero and solve these conflicts between these horribly dysfunctional people? BB--who had encouraged the conflicts in the first place.
BB had set himself up as the great peacemaker. The only stability amongst such incredibly unstable people.
I suddenly wondered how many of these heroic peacemaking opportunities had actually been conflicts started and fueled by BB himself.

The other day I had someone try to instigate a conflict between us and another family. When we said, "Please don't say that, it could lead to a conflict." He responded, "It seems you two families have a history of personality conflict and I just can’t get into that."
I wanted to say, "I've got your number, buddy, and I'm not playing that game. There is no history of conflict and there won't be unless you insist on trying to make one. I refuse to let you."
Posted by Campbell Dunson at 3:11 PM

Labels: NaBloPoMo, Once Upon a Time